The Betula lenta tree has dark red bark with a sweet scent very similar to wintergreen. The tree has been used for hundreds of years. Our birch essential oil is steam-distilled from the bark of Canadian birch trees.

Birch essential oil comes from the Betula lenta tree which, unlike other tree oils which have more of a wood scent, birch has a sweet aroma very similar to wintergreen and it’s been used for centuries. Our birch essential oil is steam-distilled from the red bark of Canadian birches, making this particular essential oil not only a fan favorite, but one of the most versatile oils out there.

The sweet birch tree is a medium-sized deciduous tree reaching up to 66ft tall with dark colored bark. When scraped, this plant produces a wintergreen like scent due the methyl salicylate it contains. There are between 30-150 species of Birch Trees including black birches or cherry.

The health benefits of Birch essential oil can be attributed to its potential properties as a tonic, disinfectant and stimulant. It has also been shown in clinical trials that when taken internally it acts as an antidepressant for people with mental illness or mood disorders such as depression;  it also has the ability to treat pain effectively while detoxifying your system.

Early Native Americans used birch bark and wintergreen in their herbal teas, which were popular among the people starting in the 17th century. There are a couple of different types of birch trees: Betula lenta and Betula pendula. Betula pendula is often referred to as silver or white birch. Betula lenta is commonly called cherry birch, black birch, or sweet birch. 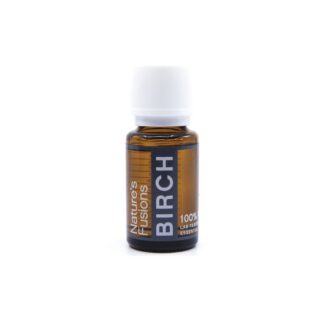